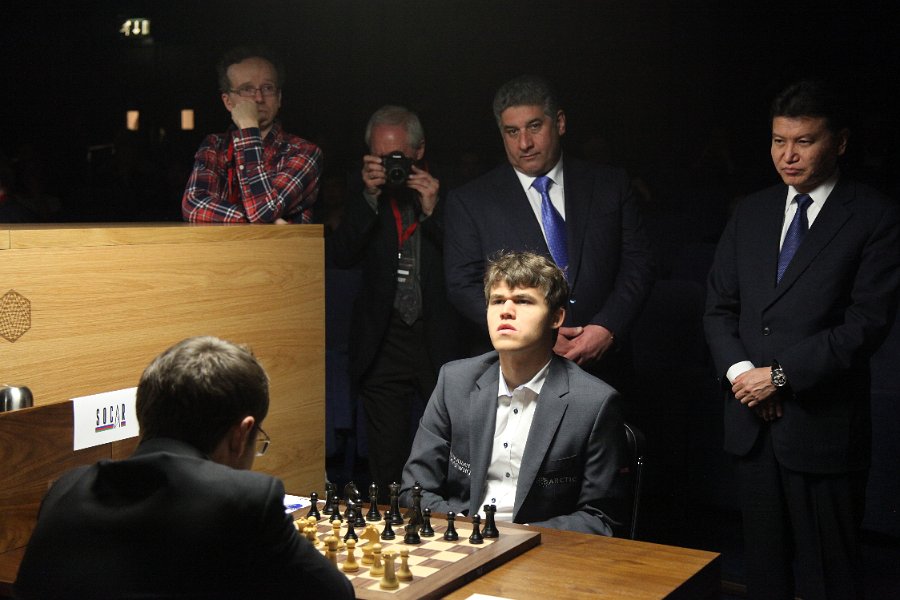 All 4 games were drawn. Kramnik played quite a risky move order as you will see from the games and in Ivanchuk-Grischuk game white played 20.Bf1 novelty with 20.Qd4 being the main line. Carlsen didn’t have too many problems on the way to equality and Gelfand’s approach didn’t promise him much as well.

The second round starts at 14.00 local time today.