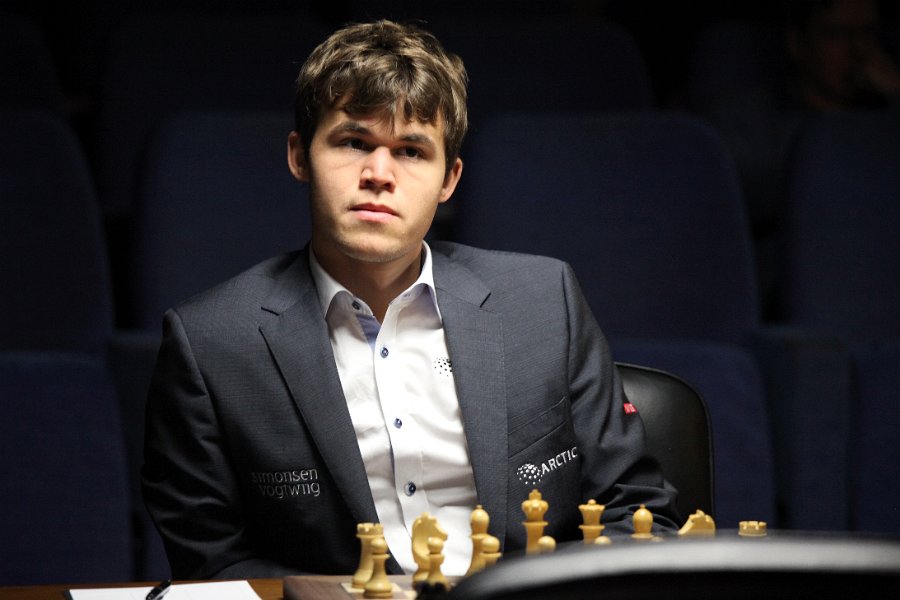 (Photo is taken from the official site of the tournament)

The 4th round was again very interesting! Carlsen got a pleasant position with white against Grischuk, and kept on pressing until Black did a couple of inaccuracies (17…f5 and 18…Qg6). Then, Black got into time pressure and lost. Aronian drew Svidler, who played fast and got a very easy game for a pawn, admitting later that he had a rest day thanks to his preparation :). Kramnik got a good position with Black against Radjabov but in the end had to agree to a draw as he didn’t manage to breakthrough. Ivanchuk played the Chigorin Defense against Gelfand and offered many sacrifices until a perpetual check was found :).

So, Carlsen and Aronian share 1st-2nd with 3 points and Svidler is 3rd with 2.5.