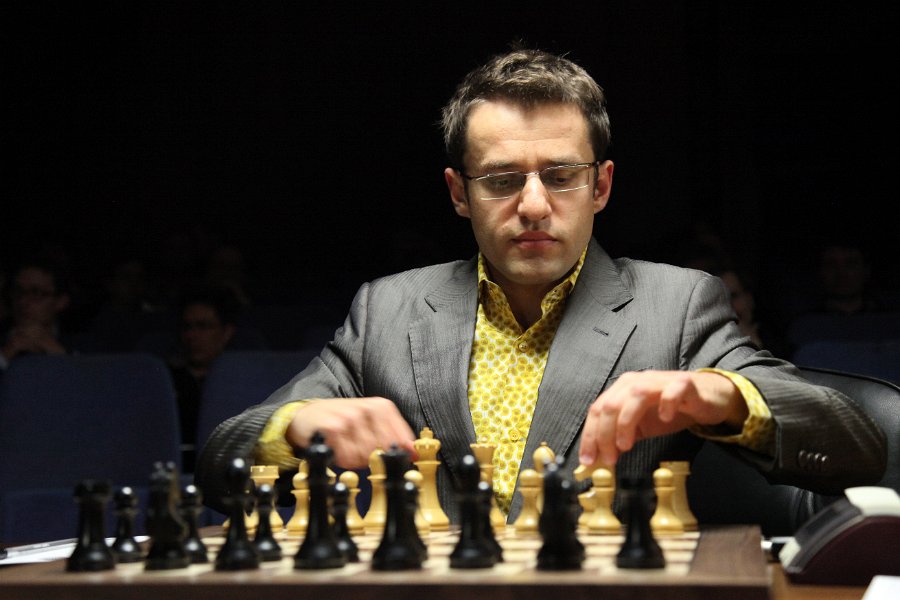 Aronian got a comfortable equality with Black against Carlsen, 15…c6 was a novelty preparing the a6-a5 push and many pieces got eliminated towards move 30. Draw wasn’t very far away from that point :).
Radjabov didn’t get much out of the opening against Gelfand and attempted to create an attack with …f5 push. Probably the immediate 17…Qa3 with the idea of Ba6 was a little better, but in any case looks like white didn’t have time to push the pawns on the kingside as Black created some positional threats on the other side.
Grischuk, playing against the Accelerated Dragon of Ivanchuk chose a rare line 10.Nd5 and got a fairly active position with some space advantage. 14…Nd3 appears to be a novelty when Black hunts for material, while 16.Qe2 should give white a small advantage. The R and N endgame is even if only both sides weren’t in time pressure and wanted to win 🙂
Kramnik chose a rare line 14.Kc2 in Svidler’s Gruenfeld and Black answered with a novelty – 14…Ne5, instead of the usual 14…Na5, thanks to which white got a large space advantage. Black got an unpleasant and passive position and didn’t manage to find a good plan.