There were three games won yesterday and White won in all of them! Carlsen won quite easily while Anand played a nice positional game which later on resulted in a direct attack! Wang Hao played well and managed to equalize only to misplay the R endgame and lose. Thus, Karjakin is lading the event with 2.5 points, 2nd place to 4th are Carlsen, Anand and Harikrishna with 2.

Results of the 3rd round

Yesterday was a very fighting round with only two draws! Timman stopped Tiviakov and Rapport won against Ernst to share 1st-2nd with 2.5 points. Timman, Smeets and Movsesian are on 2.

After another highly fighting round there are four (!) players sharing the 1st place: Brunello, Peralta, Gretarsson and Mekhitarian.

All the games were drawn in GM Group A! Aronian and Sokolov had very good chances to win the games but didn’t manage. Harikrishna and Karjakin and leading the event.

Tiviakov won his 2nd game in a row and is leading the event. Places 2nd to 4th are shared by Timman, Nikolic and Rapport who have 1.5 points.

Results of 2nd round

Peralta & Brunello won their 2nd game and are sharing 1st-2nd places. Gretarsson and Mekhitarian are on 1.5 points.

Results of the 2nd round 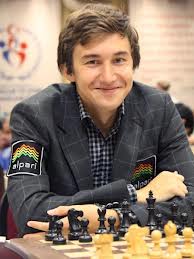 Only two players won in the first round, despite the interesting fights! The leaders are Karjakin (who won against Hou Yifan on his B-Day :)) and Harikrishna, who defeated Giri.

Results of 1st round

Today the famous Wijk aan Zee starts! As usual there are 3 main events, players of which are:

Participants of Grandmaster group A

Participants of Grandmaster group B