So, in round five we had a bye which gave up plenty of time to rest! The next day we had to play Monaco – the strongest team in the event by rating but which had the same amount of match points with us (our team was rated 7th). I made a relatively quick and easy draw vs IM A.Muzychuk (2545 ELO) and the team drew Monaco thanks to the incredible win of IM Bojkovic vs GM Hou Yifan (the current Women’s World Champion)! The game was drawn in many possible ways but Hou found the only and very unfortunate way to lose – lost on time. And in the last round, the 7th we had to play MIKA, a very strong team from Armenia. I made a quick draw against GM Harika (2505 ELO) but unfortunately after a very long fight our team lost 🙁 Nevertheless, for me the event was very successful as I finished on 4.5 out of 6, undefeated and won the silver medal on 2nd board! What else can a professional want?! 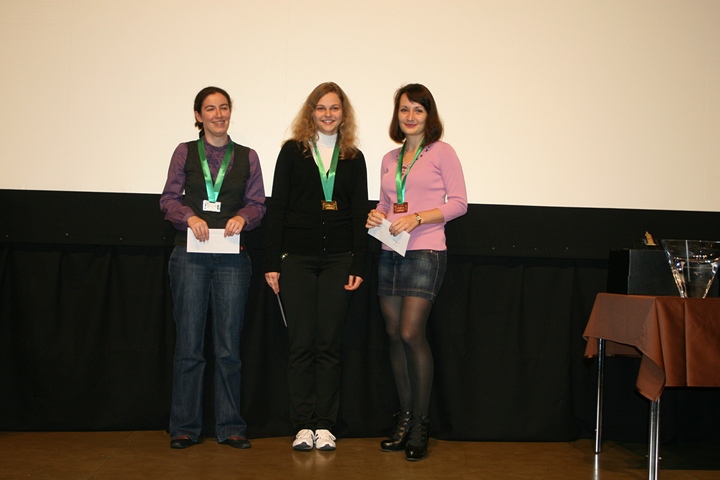 Here are the last games: